Daniel J. Holland is President and CEO of Epic Real Estate Partners. Under his stewardship, Epic, which has partnered with institutional investors since 2012, has purchased 22 shopping centers with an aggregate value of more than $520 million. Mr. Holland’s primary responsibilities include leading EPIC’s growth efforts, fund raising, acquisitions, operations and strategy execution.

A veteran of 42 years in the real estate industry, Mr. Holland previously served as Managing Director of Acquisitions for Kimco Realty Corporation, the largest open-air shopping center REIT in the nation, where he specialized in acquiring grocery-anchored and power center projects for the company’s southeast and midwest regions.

Prior to working for Kimco, Mr. Holland was part of the executive team at Weingarten Realty Investors, where he spent approximately ten years as Vice President and Regional Director of Acquisitions. While at Weingarten, Mr. Holland was responsible for nearly $1 billion worth of acquisitions and development for the company, and acted as Weingarten’s principal contact with Target Corporation, earning him praise for sourcing and developing more than two million square feet of Target-anchored developments throughout Louisiana and Tennessee.

Prior to joining Weingarten, Mr. Holland was a senior vice president in the Investments Division of the Houston office of Grubb & Ellis Company, a global real estate advisory firm, specializing in the sales of retail centers ranging in size from small strip centers to institutional-grade power centers throughout southeast Texas, as well as assisting national retail tenants with surplus property disposition and user site selection. While at Grubb & Ellis, Mr. Holland repeatedly garnered honors as a Top Ten Producer.

Mr. Holland began his real estate career in 1979 as a land sale and syndication specialist with Vallone and Associates, a prominent Houston-based independent real estate firm, where he rose to Senior Vice President over a nine-year career.

Mr. Holland is a graduate of the University of Texas where he obtained a Bachelor of Arts degree in Journalism and is an active member of the International Council of Shopping Centers. 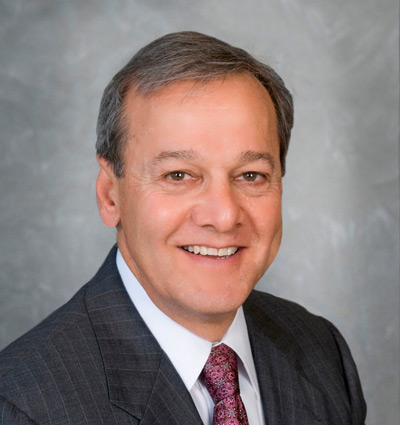